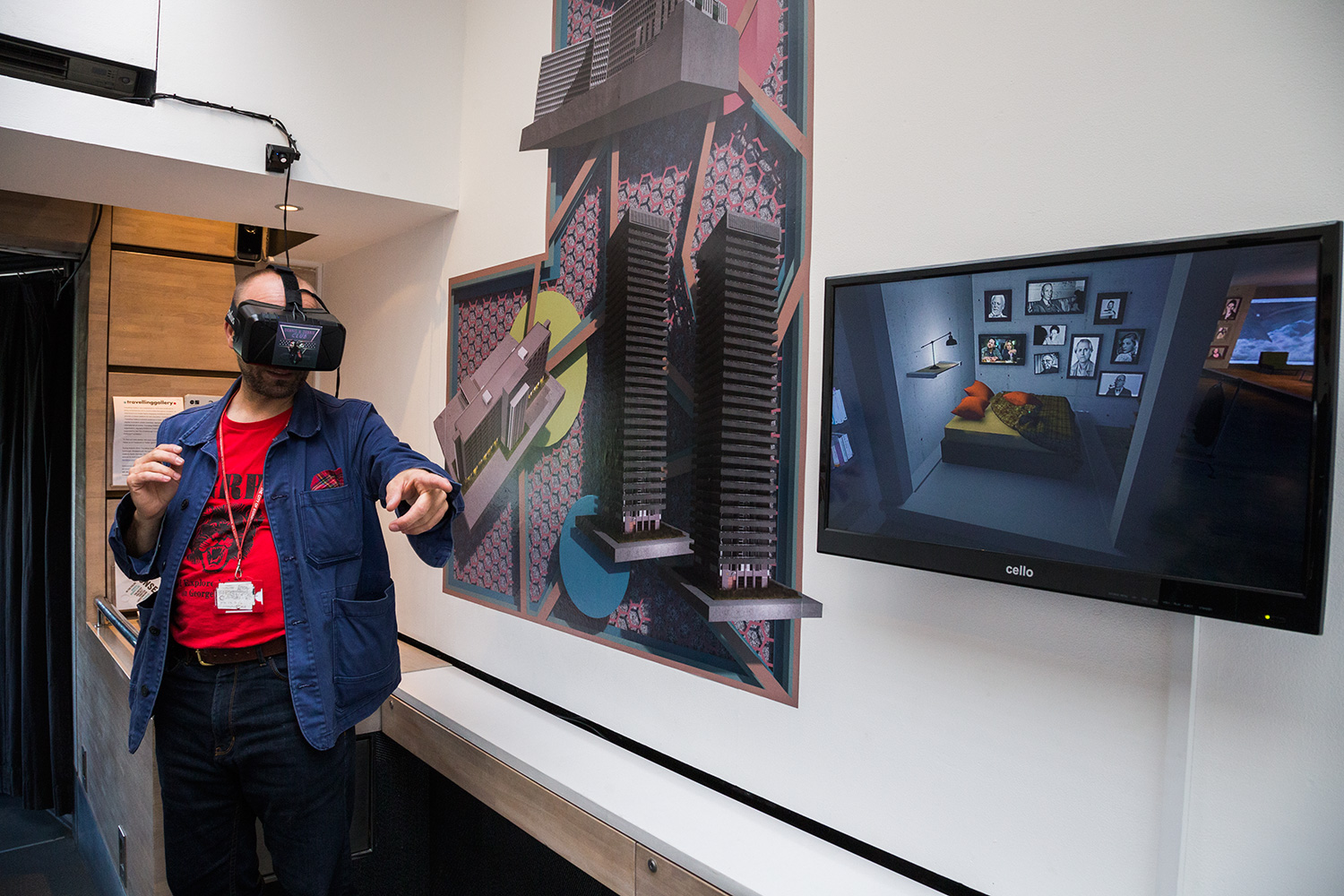 Alt-w:Blush Response was a partnership between Travelling Gallery and New Media Scotland. As part of the Festival of Architecture 2016 the Alt-w Fund commissioned a series of new works for the Travelling Gallery by artists based in Scotland and working with new technologies.

Each artwork had two elements: a smaller work which travelled in the gallery, and another work sited at a specific place in Scotland. The Travelling Gallery visited each site once during the tour, and when the two artworks met they ‘blushed’ in response to each other.